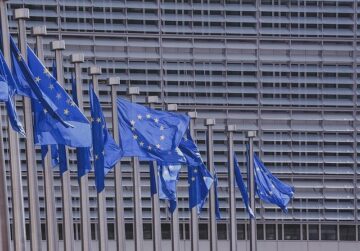 Luxembourg (dpa) – Spain, France and Greece called on Monday for an EU-level response to address rapidly burgeoning energy prices, warning of the need to keep citizens on board with the transition from fossil fuel dependency to more renewable energy.

«This is not an issue that we can tackle at national level,» Spanish Finance Minister Nadia Calvino said. «We need a European coordinated response.»

Wholesale prices for natural gas have been soaring for months and the price of electricity has risen significantly, with consumers feeling the effects in many countries.

Ministers meeting in Luxembourg discussed their national responses thus far – France, Italy, Greece and Spain are planning to relieve vulnerable households – and debated whether to take action together.

EU officials and ministers stress the spike is temporary, but the matter is linked to sensitive debates about dependency on energy from Russia and how to proceed with the shift to renewable energy.

The annual rate of inflation in the 19 countries that use the euro rose to 3.4 per cent in September, driven largely by surging energy prices, statistical office Eurostat said last week. The last time inflation was so high was September 2008.

Many fear the changes could push vulnerable households into energy poverty in the coming cold months, potentially prompting a backlash against the European Union’s climate goals.

Calvino’s government wants to set up a shared EU gas reserve – something experts say would ease pressure – and take a more assertive stance on international gas suppliers suspected of speculation.

Some charge that Russian company Gazprom could be shipping more natural gas – used for heating and electricity production – than it is currently doing. It may be seeking to further drive up prices, or even drum up pressure to gets its new Nord Stream 2 pipeline fully operational, the argument goes.

In the run-up to the meeting, Luxembourg’s Energy Minister Claude Turmes spoke of eliminating «the extreme speculative behaviour of some traders.»

Russia does not need Nord Stream 2 to deliver more gas to Europe, he argued: «This is a fact.»

Paris and Madrid are also both calling for an overhaul to EU energy markets to decouple gas and electricity prices.

Greece also called for «concrete measures» on the European level to take the matter in hand.

Not all member states are keen to take action so far. Germany, for example, is reluctant.

The European Commission is working on guidance for member states to tackle the problem. It is expected to be published in the coming weeks. EU leaders are then due to debate this at an October 21-22 summit.

The commission declined to say what could come in its «toolbox» of measures on Monday at a press conference. «The discussion is ongoing,» Economy Commissioner Paolo Gentiloni said.

The European Central Bank sees the inflation spike as being the temporary result of a return to strong economic growth, among other things, as the worst of the pandemic passes, and expects the rate to decline in due course.

As well as inflation, the eurozone ministers are also due Monday to discuss the implementation of their shared EU pandemic stimulus fund, as well as the focus of their work for the coming year.