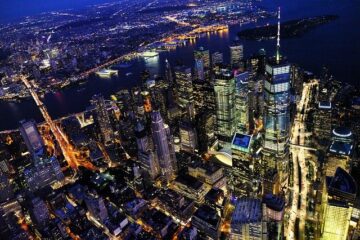 New York (tca/dpa) – Over a year after the initial Covid-19 outbreak shut down schools, businesses, eateries and everything else that makes the Big Apple great, Mayor Bill de Blasio announced Thursday New York City would “fully reopen” on July 1.

“Our plan is to fully reopen on July 1. We are ready for stores to open, for businesses to open, offices, theaters — full strength,” he said on MSNBC’s “Morning Joe.”

The comments came after months of incremental adjustments to lockdown measures — most recently, the end of bar and restaurant curfews over the course of May.

US President Joe Biden recently said he wants Americans to be able to gather in small groups by July 4, marking “our independence from this virus.”

Throughout the reopening process, the mayor and Governor Andrew Cuomo have engaged in an often bitter back-and-forth over the details. Under the ongoing state of emergency declared by Cuomo last year, localities must get approval for changes to lockdown measures from the state. Cuomo’s office did not immediately answer a request for comment on de Blasio’s Thursday announcement.

Blasio said the city’s historic vaccination effort — in which some 6.3 million shots have been given out to date — would let the city come roaring back this summer.

“The vaccination effort is going to grow and grow,” de Blasio said. “We gotta keep working hard at that.”

The mayor has set a goal of getting 5 million New Yorkers fully vaccinated by June.