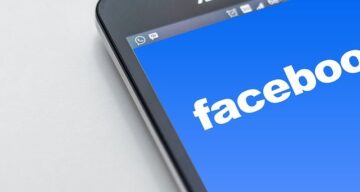 Both earnings and revenues for the quarter trounced Wall Street analysts’ estimates.

On average, 38 analysts polled by Thomson Reuters estimated earnings of 2.37 dollars per share for the quarter.

Analysts had a consensus revenue estimate of 23.67 billion dollars for the quarter.

“We had a strong quarter as we helped people stay connected and businesses grow,” said Mark Zuckerberg, Facebook founder and CEO.

“We will continue to invest aggressively to deliver new and meaningful experiences for years to come, including in newer areas like augmented and virtual reality, commerce, and the creator economy.”

Moving ahead, the company expects advertising revenue growth to be driven by price during the rest of 2021.

Facebook expects second-quarter revenue growth to “remain stable or modestly accelerate relative to the growth rate in the first quarter.”

In the third and fourth quarters, Facebook expects revenue growth to “significantly decelerate sequentially as we lap periods of increasingly strong growth.”