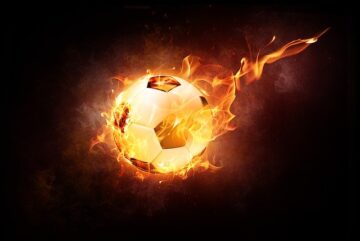 Berlin (STATS Perform/dpa) – Cristiano Ronaldo is a “source of inspiration for everyone”, according to France forward Antoine Griezmann.

France face Ronaldo’s Portugal in their final Group F game at Euro 2020, in what is a repeat of the Euro 2016 final, won 1-0 by Portugal in extra-time despite Ronaldo succumbing to injury.

Both teams played on Saturday but fell short of the results they wanted. France could only draw 1-1 with Hungary in Budapest, while Portugal were beaten 4-2 by Germany.

Ronaldo put Fernando Santos’ side ahead in Munich, taking his tally to the tournament to three goals in two games, while he is now on 107 international goals, two shy of matching the record set by Iran great Ali Daei.

Ronaldo has now scored 19 goals at World Cups and Euros – no European player has ever netted more across the two competitions, with only Miroslav Klose scoring as many.

Regardless of what is riding on Wednesday’s clash, Griezmann lauded Ronaldo – as well as his Barcelona team-mate Lionel Messi – as an inspirational force.

“[He is] a source of inspiration for everyone,” Griezmann told a news conference.

“It is extraordinary what he is doing at 36 years old. He and Messi, there will be no one like them, we are lucky to meet them on the field.

“He is a complete player, an example for all young and old, he can show the way for many young people.”

Only Michel Platini (14), Just Fontaine (13) and Thierry Henry (10) have more for France, while only Henry and Platini have scored in more matches at World Cups or Euros than Griezmann, who will draw level with the duo should he score again at Euro 2020.

Asked if he is eyeing up Platini’s record, Griezmann replied: “We are talking about a legend. That is not my main objective.

“I would rather win without scoring rather than draw by scoring. I prefer to help the team. If we score, so much the better for everybody.”