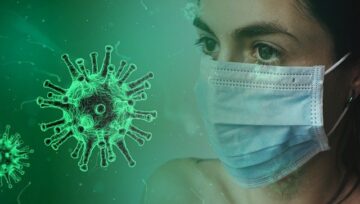 London (PA Media/dpa) – British Prime Minister Boris Johnson and Chancellor of the Exchequer Rishi Sunak only went into self-isolation after being “pinged” by the Covid app “because they were busted,” Keir Starmer, leader of the opposition Labour party, said on Monday.

The Labour leader said the lifting of remaining coronavirus restrictions on Monday, which has come to be known as Freedom Day was “reckless,” and said the government had “got virtually every big decision wrong either in substance, or timing, or both.”

He called for the release of a list of ministers from Johnson’s Conservative party who had been part of a trial where they would not have to self-isolate after coming into contact with someone who had tested positive for coronavirus.

It comes after Johnson and Sunak were “pinged” by the app after coming into contact with Health Secretary Sajid Javid, who subsequently tested positive for the virus.

The pair initially tried to get around the requirement to quarantine by saying they would join a daily workplace testing programme being trialled by the Cabinet Office and No 10.

However, they were forced into a hasty reversal on Sunday amid widespread public anger.

Starmer said: “So let’s be clear: Boris Johnson and Rishi Sunak only went into isolation because they were busted.

“We’ve seen once again their instincts on show: one rule for them, another rule for the rest of us.

“The government needs to publish all the details of how ministers deem themselves eligible for this scheme at a time when the public have not had the same access to it.”

Starmer, who said he was still using the Covid app and kept the contact-tracing feature turned on, said that “many businesses and individuals have struggled to do the right thing and follow the rules.”

He said: “They would have benefited from this policy.”

And the Labour leader added: “There are hundreds of thousands of people who have been forced to miss family events, close businesses and go without pay because they have done the right thing, and yet ministers have played the system.

“Children sent home from school after positive cases in their bubble, NHS [National Health Service] staff working overtime to cover staff absences, and businesses struggling to run a normal level of service due to their employees self-isolating.

“These people deserve an immediate answer from ministers about the Cabinet’s participation in this scheme.”

Speaking from Labour’s headquarters in London, Starmer said: “This cannot go on.

“The public need clear leadership at this time, not this hypocritical way of trying to do things that just undermine confidence in the rules and puts lives at risk.

“We can’t afford to get this wrong. The price we’ll all pay is too high.

“So I call on the prime minister to join me in urging everyone, including his ministers and his mates, to continue to follow the rules on self-isolation.”

He said Labour would not back the lifting of all measures and would keep mandatory mask-wearing, guidance to work from home where possible, and the implementation of ventilation plans, if the party were in power.

And he said: “The government urgently needs to change course, drop plans to lift all restrictions and rebuild public faith in the isolation system they have undermined at the same time.”