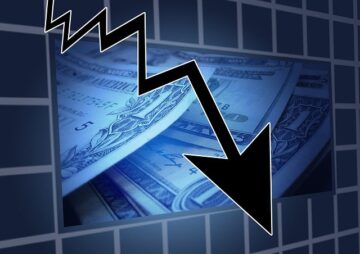 Japan’s GDP shrank an annualized 3.9 per cent year-on-year in the first quarter, the Cabinet Office said in a final reading amid a resurge of Covid-19 cases and slow vaccine roll-outs. That exceeded expectations for a decline of 4.8 per cent following the 11.7-per-cent surge in the three months prior.

On a quarterly basis, GDP was down 1.0 per cent – again beating forecasts for a decline of 1.2 per cent following the 2.8-per-cent increase in the previous three months.

The Nikkei average slipped 55.68 points, or 0.19 per cent, to 28,963.56, while the broader Topix index finished marginally lower at 1,962.65. Eisai shares soared 19.3 per cent as US regulators approved a new drug developed by Biogen and Eisai for Alzheimer’s disease.

Australian markets swung between gains and losses before finishing slightly higher for the day as new coronavirus cases declined and a survey of business conditions reached a record high in May.

Technology stocks tracked the Nasdaq higher, with Afterpay, Xero and Appen climbing 1-3 per cent. Nearmap rallied 4.6 per cent and Wisetech Global shares surged as much as 5.8 per cent.

Seoul stocks slipped into the red as valuation concerns offset hopes of a swifter economic recovery. The benchmark Kospi dipped 4.29 points, or 0.13 per cent, to close at 3,247.83.

US stocks ended mixed overnight amid lingering inflation worries and news of a global minimum corporate tax rate. The Dow dropped 0.4 per cent and the S&P 500 slipped 0.1 per cent, while the tech-heavy Nasdaq Composite rose half a per cent.